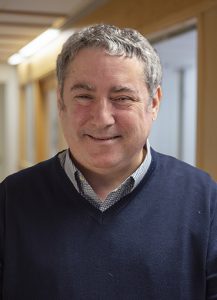 Joel Robbins is the Sigrid Rausing Professor of Social Anthropology and Fellow of Trinity College at the University of Cambridge. He is also the Deputy Head of Department and REF Coordinator of Social Anthropology and the Director of the Max Planck – Cambridge Centre for Ethics, Economy and Social Change. His publications include Becoming Sinners: Christianity and Moral Torment in a Papau New Guinea Society (University of California Press, 2004), “Keeping God’s Distance: Sacrifice, Possession and the Problem of Religious Mediation” (American Ethnologist, 2017), and the co-edited volume, “Ritual Intimacy-Ritual Publicity: Engaging with Plurality” (with J. Sumiala; Journal of the Finnish Anthropological Society, 2017).
His broad interests lie in the anthropology of religion and anthropological theory, and much of his work has focused on the development of the anthropological study of Christianity and on helping to construct theoretical models of radical cultural change. His primary fieldwork has been in Papua New Guinea among the Urapmin, a remote language group all of the members of which converted to charismatic Christianity in the late 1970s, and this despite never having been directly missionized by Westerners. The rapid and extensive changes in Urapmin culture and social life that followed their conversion –changes which included, for example, the abandonment of an elaborate traditional system of strict gender separation in almost all areas of life – set for me the question of how anthropology can construct theories that at once account for the highly structured nature of most of social life and at the same time its potential for radical transformation. Similarly, the intensity of Urapmin devotion to their new religion has led Robbins to work to theorize the relative absence of studies of Christianity in the anthropology of the past and to work with others to foster the developing anthropology of Christianity. Robbins has also studied global charismatic and Pentecostal Christianity in comparative terms, and this is an area, in which Robbins has a continuing interest.
Robbins also has a longstanding interest in the anthropology of values. As the anthropological study of ethics and morality have grown rapidly in recent years, he has come to focus on what the study of values can contribute in this area. More generally, Robbins has been exploring the prospects for finding a central place for values in anthropological theorizing. At present, he is pursuing these linked interests by working on a project focused on what he has called “the anthropology of the good” – an anthropology focused on those things people strive to produce that would be attentive both to the ways values structure social life and the way people experience them as prompts for their emotions and desires. Robbins has published a number of articles that take up issues related to the anthropology of values and he is currently working on a book focused on the anthropological study of the good.
Robbins is also beginning to develop a new project focused on religious higher education. Vast numbers of people in the world who receive higher education do so in religious settings. We have some ethnographic studies focused on how knowledge is defined and taught in such settings, but in fact we know relatively little about the intellectual side of religion compared to its practical and emotional ones. We also know more about lay religious reasoning in many places than we do about elite versions. In Robbin’s research for this project, he plans to study Christian educational institutions, but he also hopes to secure funding to support others to study higher education in other religious traditions as well. His overall goal is to contribute to a comparative understanding of religious higher education and its place in the contemporary world against the backdrop of a wider understanding of the role of education and knowledge in shaping social processes more generally.

Our Interview with Joel Robbins