Sport and Play in the Settler Colony: Soccer and Christianity in Vancouver 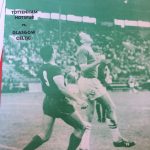 Convergences: Sport, Borders and Ethnicity in Scotland and Northern Ireland 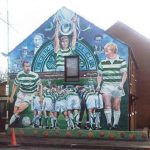 Shaughnessy Dow: Part of a larger research project about the means by which distinct groups inhabiting the same space conceive it in radically divergent ways, often constituted in opposition to each other, this project focuses more specifically on the means by which sport is imbued with meaning within the context of ethno-religious conflict, and in return, spectators are able to see their poltical views played out ritually on the sporting field, allowing another dimension to their self-identifications. Ultimately, the sporting pitch is argued to be the physical approximation of an unseen ontological borderland, the halfway line the midpoint. (READ MORE)

Photographing the Holy Land: A Visual Exploration of “Sovereignty”, “Sanctities” and “Soil” amongst Orthodox Jews in Jerusalem, Palestinian Israelis in the Galilee and Palestinian Christians in Bethlehem 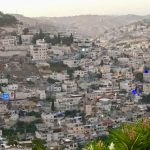 Hannah Mayne, Marianna Reis and Connie Gagliardi: This project presents a visual ethnographic exploration of “sovereignty”, “sanctities” and “soil” in the Holy Land amongst a diverse spectrum of the Israeli-Palestinian social and political landscape: Orthodox Jews in Jerusalem, Palestinian citizens of Israel in the Galilee and Palestinian Christians in Bethlehem. Informed by the Entangled Worlds Visual Ethnography Workshop, “Filming the Spirits”, led by Dr. Roger Canals Vilageliu of the University of Barcelona, this project seeks to ethnographically explore the Entangled Worlds of the Holy Land through the photographic image as a mode of writing, a method of ethnography and also an object of research. (READ MORE)

Conservative Christian Futures and Pasts: Exploring Infrastructures of Sovereignty and Display from Toronto to the US Capital 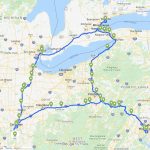 Christina E. Pasqua, Kyle Byron, Saliha Chattoo, and Suzanne van Geuns: For the “Entangled Worlds” project, a team of four graduate students from the University of Toronto’s Department for the Study of Religion conducted a one-week research road trip to Washington, D.C. Together, they drove from Toronto, ON to Cincinnati, OH before making their way to the capital. Along the way, they documented various sites of religious and national display seen briefly from the road or explored during intensive day trips through audio recordings, videos, photography, and tweets that have been curated into a Google map that retraces the route. They chose the U.S. capital as their destination for various reasons; Washington, D.C. is not only home to the infrastructures of the nation’s political memory and identity (e.g., Lincoln Memorial, the White House), but it is also a cultural hub with galleries and museums that reflect the sanctity of both political and religious institutions in the nation’s founding and future (e.g., the Smithsonian Institution, the Museum of the Bible). Today, as in the past, Washington houses many of the artefacts and institutions that establish rule: of God over the people, of the “United States” over the land, and of the people over the futures they envision. This understanding of God’s governance over the land and its people is not limited to D.C., however, nor does it go unchallenged. Moving across the land by car, crossing the border between Canada and the United States, this project approaches the capital as a web of meaningful connections that fan out across the North American continent and come together at this specific site through museum spaces. The map is therefore a productive means for reckoning with the competing voices that lay claim to highway infrastructures, farmland, city blocks, and even the air space through which the research team traveled. (READ MORE)