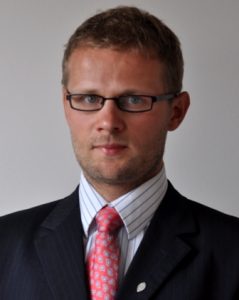 Konrad Pędziwiatr holds a PhD in Social Sciences from the Katholieke Universiteit Leuven (Belgium) and MA in European Studies from the University of Exeter (UK), and in Sociology from the Jagiellonian University (Poland). He is a Professor at the Department of European Studies (Cracow University of Economics) and a researcher in the Centre of Migration Research (University of Warsaw) specializing in sociology of Islam, religious dimensions of migration studies and social movements in Europe and the Middle East. He is author of monographs on “Transformations of Islamisms in Egypt and Tunisia in the context of the Arab Spring” (Nomos 2019), ”Polish migration policy: in search of a new model” (UW 2015 with Matyja and Siewierska-Chmaj),”The New Muslim Elites in European Cities” (VDM Verlag 2010) and “From Islam of Immigrants to Islam of Citizens: Muslims in the Countries of Western Europe” (Nomos 2005, 2007). He has also published numerous articles in scientific journals including Patterns of Prejudice, Journal of Ethnic and Migration Studies, Social Compass and Gender, Place and Culture.

“Sacralizing the Nation in Today’s Poland, and Muslim Minority Reactions to It”