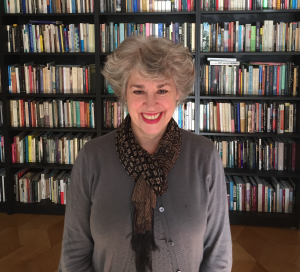 Patricia Spyer is Professor of Anthropology at The Graduate Institute Geneva that she joined in 2016. She was the Chair of Cultural Anthropology of Contemporary Indonesia at Leiden University (2001-15), Global Distinguished Professor at New York University’s Center for Religion & Media and Department of Anthropology (2009-12), Visiting Scholar at New York University – Shanghai’s Center for Global Asia in 2017, and Visiting Fellow at the Humanities Research Centre of the Australian National University in 2014. She is the author of The Memory of Trade: Modernity’s Entanglements on an Eastern Indonesian Island, Duke 2000, editor of Border Fetishisms: Material Objects in Unstable Spaces, Routledge 1998, co-editor of the Handbook of Material Culture, Sage 2013 [2006] and of Images That Move, SAR Press, 2013. She has published, among other topics, on media and visual culture, materiality, violence, and religion. She is completing a book called Orphaned Landscapes: Violence, Visuality and the Work on Appearances in Post-Authoritarian Indonesia for Fordham University Press and has begun a new research project on Archives of the Everyday. Among other board and editorial appointments, she is vice-chair of the board of the Prince Claus Fund, a member of the Advisory Council of the Wenner-Gren Foundation for Anthropological Research, an editorial board member of the Annual Review of Anthropology and of positions: asia critique.