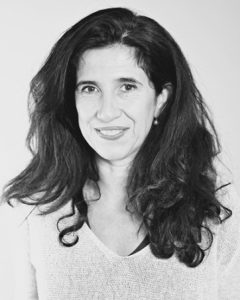 Valentina Napolitano is a Professor in the Dept. of Anthropology and former Director of the Latin American Studies Program at UofT. Her work has focused on urbanities in transformation, including Affects and Migration, Religion and Diversity, Gender and Global Catholicism in Mexico and Italy. She is currently researching religious infrastructures and Anthropology of Traces at the Detroit/Windsor corridor (SSHRC Insight Grant, 2017-2020: “Catholicism and Borderlands”). She is also writing on Pope Francis, as a Criollo Pope. Recent works include: Migrant Hearts and the Atlantic Return: Transnationalism and the Roman Catholic Church (Fordham University Press, 2016)- Finalist  Geertz Prize, Society for the Anthropology of Religion; with K. Norget and M. Mayblin, The Anthropology of Catholicism: a Reader (University of California Press, 2017), and she has authored articles and special issues in JRAI,  Material Religion, Social Anthropology, Theory, Culture & Society, Identities: Global Studies in Culture and Power, Religion and Society. She has received grants from the Social Science and Humanities Research Council, the Nuffield Foundation, the University of Cambridge, the Connaught Fund, the Jackman Humanities Institute and was a 2017-2018 Fellow in the Centre of Theological Inquiry, Princeton.